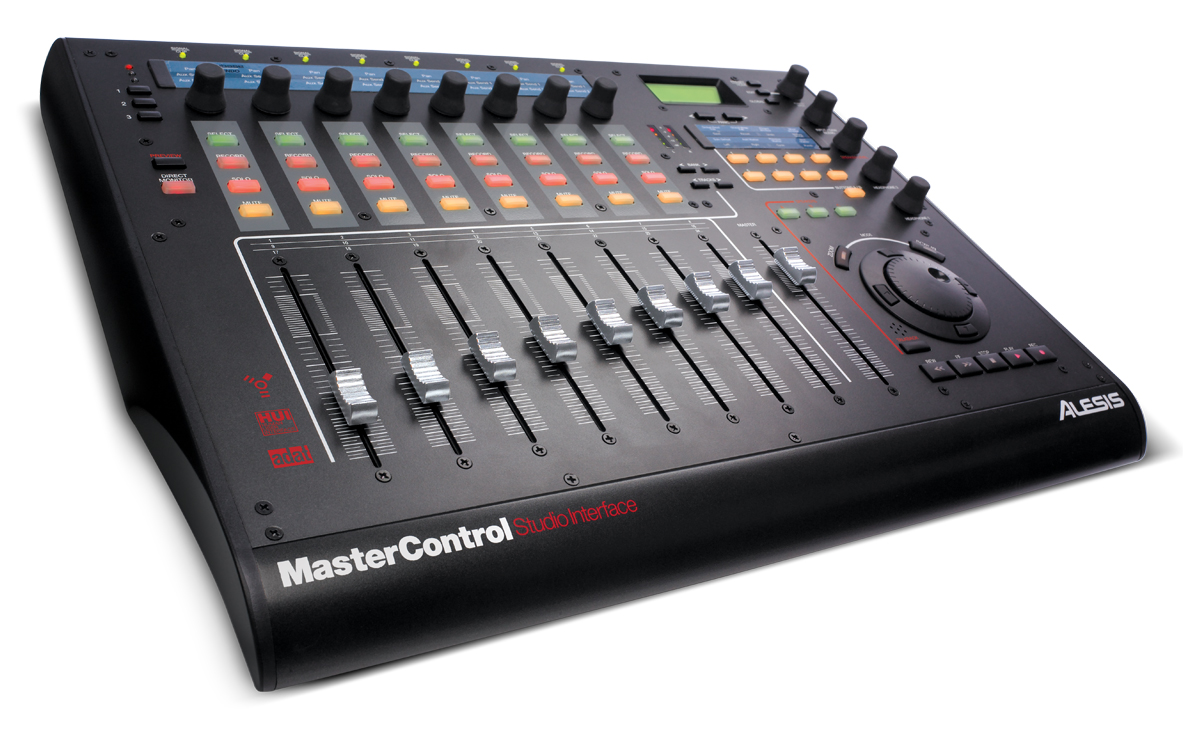 It’s a simple equation, and we know that as a musician, you’re not fond of math, but MasterControl really is the sum of its three distinct studio-management factors.


MasterControl is a 24-bit, 192kHz, high-resolution, low-latency audio interface. It is capable of nearly any input type and quantity, with a flexible and generous output section. It features low-latency FireWire computer connectivity for Mac and PC. The single cable carries all audio and control data from MasterControl to your DAW.

MasterControl’s DSP-driven internal mixer enables hardware-direct monitoring with zero discernable latency. It employs the industry-standard HUI protocol for communication with all popular DAW software, and requires no mapping for seamless interoperation. Building upon the standard, MasterControl also enables editing of templates and presets for customization. A large, dedicated display provides real-time visual feedback of all actions, and preview button allows safe audition of controls prior to sending commands to the DAW.

Three pairs of independently assignable stereo outputs with dedicated, active mute buttons place the engineer squarely in the driver’s seat. With flexible, direct monitor routing, sources are assignable through any and all output pair(s). Dual, independently assignable stereo headphone outputs with independent gain controls further extend the output capabilities of MasterControl. The dedicated talkback microphone can be engaged from the control surface or using an optional footswitch.

As digital audio devices are added to a system, they increasingly create system-additive audio-band clock jitter. Variation between device clocks can actually fall outside the ability of some devices to cope, causing failure. JetPLL is extremely tolerant of wide variations in clock frequencies. Its hybrid design incorporates noise shaping to virtually remove audio-band jitter. This technology ensures the highest possible converter performance, resulting in better separation.


MasterControl comes with a powerful software suite for recording and sequencing.
It includes Steinberg Cubase LE music production software with a full range of tools for audio and MIDI recording and mixing, and Ableton Live Lite, a production and performance program enabling you to create, produce and perform your music all in a single application.

MasterControl is an HUI+ control surface, meaning that it is uniquely programmable with HUI and Mackie Control compatibility for use with all popular DAWs, virtual instruments, and other audio software on Mac and PC.